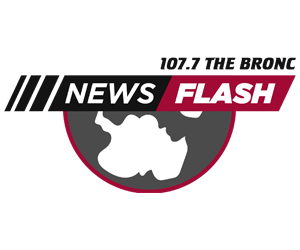 Tune in every day to the Bronc New Flash with Taylor Tunstall and Alex Junge for your world in two minutes.

Hear directly from the top newsmakers on-campus and around the world, about the news stories that impact your world most including: business, politics, human interest, sports, and entertainment.

It’s your world and it’s important to stay up to date, so you can stay informed. Know whats going on at Rider University and in mercer county and the USA. Have the ability to sit back and find out if your favorite team won the game or who wore it best on the red carpet.

Have the top stories right in your reach. Listen to the Bronc New Flash every hour of every day on the air at 107.7. 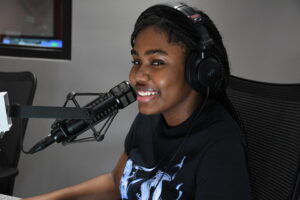 Taylor Tunstall is a Journalism major with a concentration in Broadcasting, minoring in Political Communication. She has a pop culture talk/music show here at the station called TayTalks every Saturday from 1-2 pm if you’re interested in listening! Some fun facts about her are that she likes to binge watch TV shows, she’s most likely listening to a Harry Styles, Billie Eilish or Ariana Grande song and lastly, she’s super outgoing and easy to talk to! 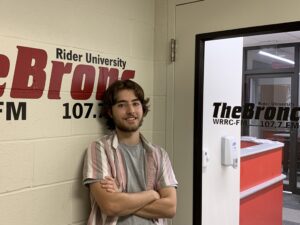 Alexander Junge is a Music Production major with a concentration in Songwriting and a minor in Film Studies at Rider University. Alex is a huge music and movie fan, and is an expert in both. His favorite movie is The Shining. Favorite band is Radiohead. And, his favorite song is “Layla” by Derrick and the Dominos. He is also a multi-instrumentalist, as he plays guitar, bass, and drums. In his spare time, he likes to watch NBA Basketball. 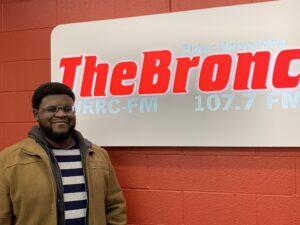 All the way from Houston, TX, Evan Blackwell is a Musical Theatre major, with minors in Film and Television and Film and Media Studies, and is also a Trustee Scholar. He has taken part in many theatrical productions both here at Rider University and elsewhere. In his spare time, he likes to read and is an avid enjoyer of the outdoors.
Never miss an episode of Bronc News Flash.
Click the links below to subscribe to a free, weekly episode of Bronc News Flash to listen to on your favorite podcasting platform: