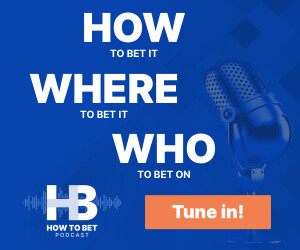 Want to learn how to make smarter betting decisions?

Gambling media veterans Daryl Fein and Sean Miller (who have more than 50 years of combined gambling experience) share their thoughts, opinions, and analysis on “how to bet it, where to bet it and who to bet on” during the NFL and College football seasons.

Tune in Saturday mornings at 8 a.m. this fall, exclusively on 107.7 The Bronc. Watch or listen anytime to the How To Bet podcast on YouTube and your favorite audio podcasting platform. For now you can keep up with How To Bet by watching our videos on social media.

You can also learn everything from penalty kick betting and online transfers to own goal bets to value betting on horses daily on 107.7 The Bronc and 107,7 The Bronc Retro and on our How To Bet podcast (See links to the the right) as well as your favorite social media platform:

Meet The Hosts and Producers 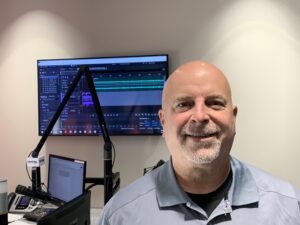 (Host) Daryl Fein has been in sports media for the past 30 years. He has written for various publications and websites. He was the operations manager of the Sports Network, a company that supplied up to the minute sports scores and news to multiple news outlets. He has been doing play-by-play for division one sports over the last 27 years. He co hosted The Final Score, a nationally syndicated sports talk show heard throughout the country. He now co hosts The Feinline, the only handicapping show ever on ESPN radio. 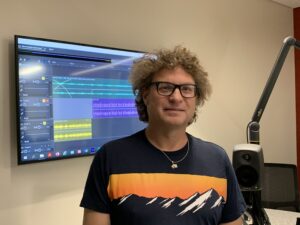 (Host) Sean Miller AKA “The Genius” has been a journalist for NJ.com and the Times of Trenton since 2013, covering the Premier League and European football, college football, NFL, the Trenton Thunder Double A Minor League Baseball team, and all types of high school sports. Sean has many years of experience writing for betting sites, including American Gambler, Bettors Insider, and How to Bet. He has also recently launched his own sites, one covering soccer from all over the world (Amargão Futebol) and one covering local sports (Capital Sports Network). Recently, Sean has also started doing TV work for Rider on ESPN+ (soccer, field hockey, volleyball, baseball, track and field) and for Eleven Sports as the color commentator for USL 2 team Real Central NJ. One of the things he does in his (limited) spare time is run a tutoring business, focusing on the SAT, ACT, and now also elementary, middle, and high school supplemental support. Sean is also a massive Manchester United fan (which is probably the most important thing on this list). 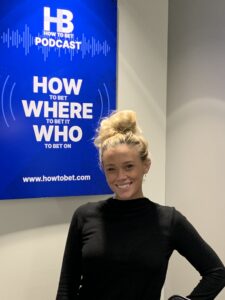 (Producer) Tiffany Hartman is a Filmmaking major at Rider University. She will be filming and editing the podcast each week to upload to YouTube. Tiffany transferred to Rider University last year and will be graduating early with her bachelor’s degree in January 2022. Before attending Rider University Tiffany was a professional dancer who performed in theme parks, on a cruise line, as well as some credits on TV. This past summer she started her own videography and photography business called Tiffany Hartman TV which she plans to grow after she graduates. For Tiffany’s campus job she was given the title head videographer and video editor for the school’s newspaper, “The Rider News.” And outside of school she also works part-time as a dance recruiter for a new dance site launching in October 2021. Tiffany is very excited to be a part of  the podcast, “How To Bet!” 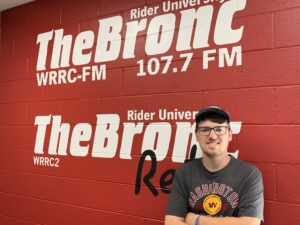 (Producer) Trey Wright is a Sports Media major at Rider University from Neshanic Station, New Jersey. He will be producing the audio for the How To Bet podcast each week on 107.7 The Bronc. In his spare time Trey enjoys watching sports, listening to music, and sports commentating. He currently produces and occasionally streams online and computer NASCAR races on his motorsports-oriented channel, NASCAR Nerd 34. Trey is looking forward to college life, and is very excited to be a part of the podcast, How To Bet!