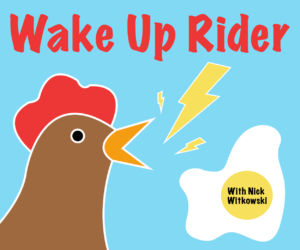 Set your alarms, because 107.7 The Bronc is bringing you Rider University’s first-ever morning show!

Wake-Up Rider is going to make mornings fun again with games, music, comedy, and more including mad libs, the random word generator, defining celebrities and tier lists! Whether you’re tuning in for news or for a good laugh Wake Up Rider, promises to get your day going.

Listen every Monday through Friday from 7:30 to 9 a.m. exclusively on 107.7 The Bronc WRRC-FM, online at 1077TheBronc.com or on your mobile device. Click here to learn all the ways you can listen to the first-ever, daily morning show to be featured on-air at Rider University. 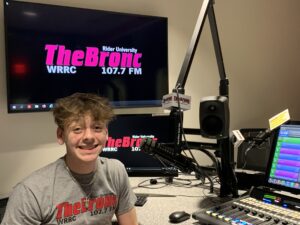 Nick Witkowski is from Plainsboro, NJ. He is majoring in Communication Studies with a minor in Radio and Podcasting. At The Bronc, he develops and creates imaging as a Co-Production Director and is the host of 107.7 The Bronc’s weekday morning show, Wake Up Rider. Aside from the radio station, Nick is a Lifeguard and Swim Instructor at LifeTime Fitness and is apart of Theta Chi Epsilon Rho, a fraternity on campus. In his free time, Nick loves to run 5ks, workout, watch movies, play video games and hang out with friends. Nick also loves rap music and his favorite artists include Juice WRLD, Kanye West and Playboi Carti. 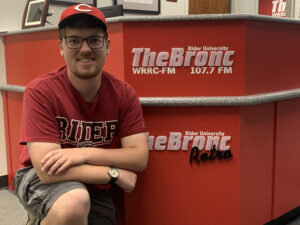 Trey Wright is a Sports Media major at Rider University from Neshanic Station, New Jersey. He has been with 107.7 The Bronc since May of 2021, and is an audio producer for How To Bet, as well as co-hosting Sports Talk With Logan and Trey. He is also a member of Theta Chi Fraternity’s Epsilon Rho chapter, and is a sports writer for The Rider News. Trey is a fan of both the New Jersey Devils and Washington Commanders, along with NASCAR and Formula 1. In his spare time, Trey enjoys listening to music and watching sports, and is the public address announcer for Rider’s Club Ice Hockey program. 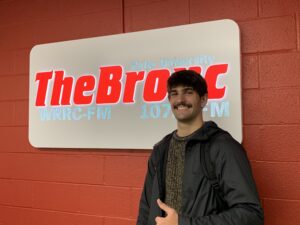 Owen McCarron is a Radio and Podcasting major with a minor in Sports Media and is super excited to be a part of 107.7 The Bronc here at Rider University. The newest member of the Wake-Up Rider team, he’s a resident of the West Windsor-Plainsboro area and worked for two years at his high school radio station. Owen loves staying active on campus through both club and intramural sports, as well as attending the awesome events here on campus with his friends. Hopefully, Owen will get to meet some of you on campus while recording Wake Up Rider’s new segment Bronc On The Street. Since he’s only a freshman, Owen can’t wait to see what else the radio station has in store for him. 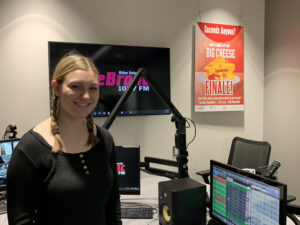 Alli Burton is a graphic design major from Medford, New Jersey. She is thrilled to be a part of the Wake Up Rider crew doing Bronc on the Street. She enjoys listening to music, especially the Beatles!! Alli also loves to watch movies and her favorite is Harry Potter and the Goblet of Fire. Soccer is her favorite sport, and she plays on the Rider Women’s Club Soccer Team. In her free time, she loves to take naps. Always being goofy and energetic, Alli loves to make people laugh and bring smiles to their faces.