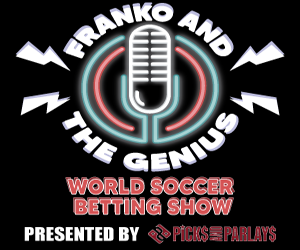 The World Soccer Betting Show is all about how to bet on the countries and the eventual champion for the upcoming FIFA World Cup in Doha, Qatar.

There will be 10-episodes airing exclusively on 107.7 The Bronc WRRC-FM. Tune in to hear two episodes per day at 10 and 10:30 p.m. Each episode will feature discussions on Groups A, B, C, D, E, F, G, and H of the World Cup, from Monday, November 14 until Friday November 18. Topics include:

Other shows will discuss the CONCACAF teams and picking the winners for the entire tournament.

Don’t miss The World Soccer Betting show only on 107.7 The Bronc WRRC-FM and all of our apps from Monday, November 14 until Friday November 18 to hear all things World Cup.

The World Soccer Betting show is presented by Picks and Parlays. 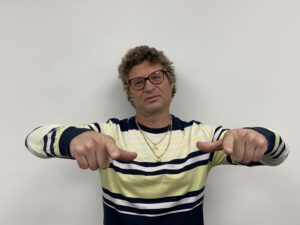 Sean has been a journalist for NJ.com and the Times of Trenton since 2013, covering the Premier League and European football, college football, NFL, the Trenton Thunder Double A Minor League Baseball team, and all types of high school sports.Sean has many years of experience writing for betting sites, including American Gambler, Bettors Insider, and How to Bet. He has also recently launched his own sites, one streaming podcasts and live sports (Capital Sports Network) and one covering soccer from all over the world (Amargão Futebol) One of the things he does in his (limited) spare time is run a tutoring business, focusing on the SAT, ACT, and now also elementary, middle, and high school supplemental support. Sean is also a massive Manchester United fan (which is probably the most important thing on this list). You can reach him on his various social media channels/email below 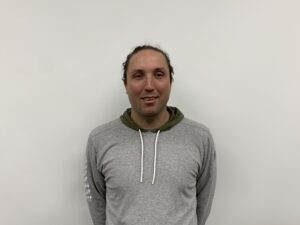 Kyle has been a sports journalist at The Trentonian since 2011, covering high school, college and professional sports in Mercer County, N.J. He has also worked as a radio analyst for high school and college basketball, and in the last few years has taken up photography. Kyle played soccer, basketball and baseball growing up in Pennsylvania and transitioned to sports writing when it became evident that his athletic career could no longer continue. In his spare time, Kyle still loves a pick up game — basketball or soccer — to stretch his leg and enjoys supporting Philadelphia sports and Fulham FC in the Premier League (that’s a story for another day)!
Read Kyle’s work here: https://www.trentonian.com/author/kyle-franko/
Reach Kyle on Social Media:
Twitter: @kj_franko
Instagram: @kjfranko21
Subscribe to hear every episode of The World Soccer Betting Show!
Click the links below to subscribe to free episodes of The World Soccer Betting Show to listen to on your favorite podcasting platform: